I was born in Jakarta in Indonesia in 1934, at that time a colony of the Netherlands. With my parents, sister and brother I lived a comfortable life surrounded by Indonesian servants. In my worldview, we white Dutch were at the top, the Indonesians at the bottom and the Chinese shopkeepers in between. And like every child, I took this for granted. 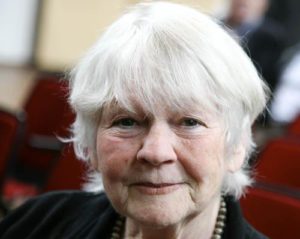 In 1942, when I was seven years old, my worldview was turned upside down from one day to the next. The Japanese occupied the Dutch East Indies and locked up all white Dutch in camps, the men separated from the women and children. We were starving and restrained by the threat of violence. Escaping was impossible – outside the camp we would immediately be noticeable among the Indonesians, Indo-Europeans, Chinese and Japanese. Moreover, not many Indonesians would risk hiding us, their former rulers.
Halfway through the war, the Japanese, following their fellow Nazi Germany, set the Jewish prisoners apart. My father, who was in a men's camp, was Jewish but my mother was not. So we, the children, were half Jewish, and the Japanese threatened to send us to a separate Jewish camp without her. In order to join us, she pretended to be Jewish herself. After the war, we heard how almost our entire family had been killed on the fathers side in Europe. My Jewish grandparents had ended their lives on the day the Netherlands capitulated to the Nazi army.
It was all these experiences of forced racist choices, secrecy and threat of violence that formed the basis of my later research into the nature of racism.

Back in the Netherlands

From 1947 to 1953 I attended the Amsterdam Montessori Lyceum, where the teachers entrusted you with a lot of responsibility for your own learning process. Also in the NJN (Dutch Youth Association for Nature Study), where the young people themselves are in charge, I learned to trust in my ability to give shape to my ideas.

In 1953 I went to study biology at the University of Amsterdam. In 1957 I got married and we moved to Wageningen where we got our daughters Kathelijne van Kammen and Dorothee van Kammen. We spent the year 1964 in Berkeley in the United States, where our daughter Jessika van Kammen was born. There I participated in a Parent Cooperative Nursery School together with Kathelijne. The new educational methods that were developed there inspired me to set up the first Peuterspeelzaal (Playgroup) in the Netherlands after returning to Wageningen in 1965, together with other parents. We made sure that children from 18 months to four years old could develop together in their play there. And we took the opening hours so wide that both parents could work part-time and share their parenting duties fairly.

From 1967 to 1984 I taught biology at the Wageningen High School. Together with fellow teachers, I looked for alternatives to the rigid and selective education in which students mainly learn to compete with each other and unlearn to explore the world and work together. We developed a kind of project education that also proved applicable in other forms of education. In Open Project Education, students learn to conduct independent research in groups formed by themselves, into topics of their own choosing, inside and outside the school, while at the same time working together in an equivalent manner.

From 1984 to the mid-1990s, I continued my development work in the education of youngsters and adults in various contexts. It was about linking "the intellectual" and "the emotional" in methods that focused on global and peace issues, and in particular on analysing and combating racism.

Research into the nature of racism

In the meantime my daughters had left home, I had moved to Amsterdam with my new companion for life Rudi Künzel, and I continued my research into the nature of racism. That research had started with the lessons of my father, the sociologist of South East Asia, Wim F. Wertheim (1907-1998). He distinguished two types of racism: colonial or exploitative racism (based on looking down and contempt) and competitive racism (based on envy, mistrust and fear). The latter has a lot in common with anti-Semitism.

In my work in education, I observed that these two types of racism co-exist. And I discovered that within this mixture, competitive racism is increasing and exploitative racism is decreasing. The first so-called guest workers and the people from the colonies still suffered mainly from the old, familiar colonial racism - they were looked down upon. That looking down is far from gone, but now that their children and grandchildren are better able to compete, contemporary racism is increasingly taking on the features of competition racism and focuses on their cultural characteristics – Muslims in particular have now become targets and essentially all non-western immigrants.

I predict that this shift will continue, increasing the likelihood of mass violence. So there is every reason to continue my work as an independent researcher, publicist and activist.

Sculpting
When I was already over 60, I realised a dream from my youth and started sculpting in hard stone. See also my sculptures

Writing diaries about grandchildren
Rudi Künzel and I have nine grandchildren – three are his and six are mine. I kept detailed diaries of the oldest six, documenting what I shared with them, especially our conversations, all those days that mijn daughters and sons-in-law worked and shaped their own emancipation. We also loved having them spend the night in various combinations of brothers, sisters and cousins. Meanwhile, we eventually became digitalised and now capture our experiences with the younger ones on home videos.